On Splitcoaststampers today, the "Featured Stamper" is a very talented lady named Marg Mortimer. We were challenged to pick a card from her Splitcoast Gallery and do our take on it. Here is the card that Marg crated which is the inspiration for my card: 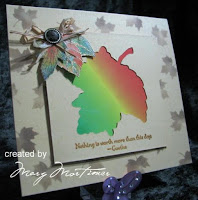 And here is the card that I made. As you can see, I reimagined it as an accordian card. 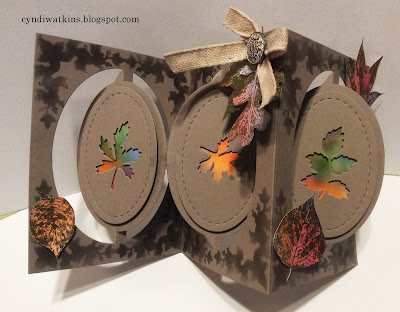 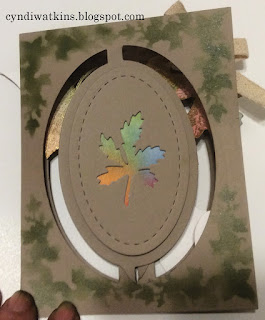 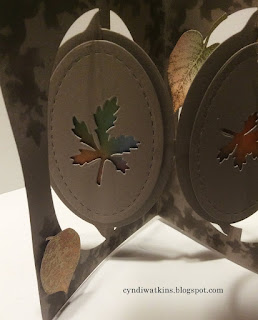 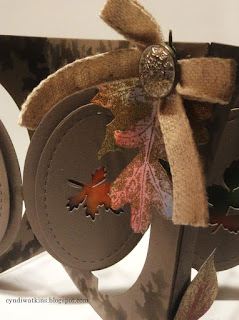 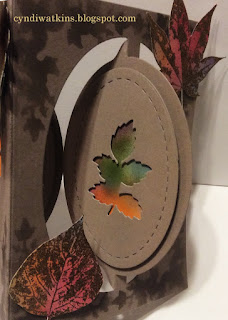 First I die cut three panels from Karen Burniston's accordian oval die. Then, just like Marg, I made my own stencil. I used a corner leaf die from Marianne Designs (I think Marg used a punch, but same difference). Then I airbrushed the stencil in each of the corners of the previously die cut using a Copic W9 marker. 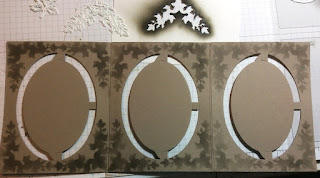 I also used Marianne leaf dies and Karen Burniston oval dies to cut out a leaf window for each oval. Then I airbrushed the background for the leaf windows. 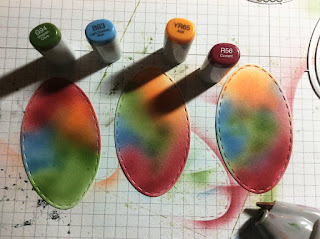 I airbrushed another panel and then stamped and gold embossed leaves, which I fussy cut out. 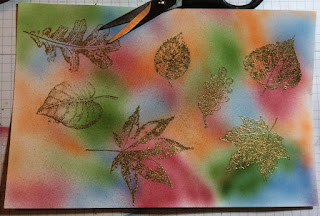 Thank you so very much, Cyndi, for your sweet comment on my site! What a wonderful and creative card you made in honor of Marg! I love the design!!